The collection of the Frisian Maritime Museum contains over 22,000 objects and almost 43,000 photographs. See everything about the Frisian Shipping and the history of Sneek and the Frisian Southwest. There is also a sub-collection about skating and ice sports.

For children there is an exciting museum where everything is moving. There is something for everybody.

For further information please take a look on the website of the Maritime Museum. 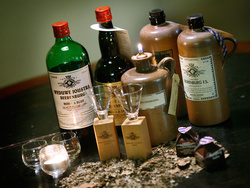 Come and see one of the oldest buildings (built in 1484) in Sneek, where made the Beerenburg since 151 years. The interior of the old-fashioned fragrant shop still has the same nostalgic atmosphere of that time. If you are in Sneek, you can visit the widow and try a glass Beerenburg. If you want to visit the distillery, you should make an appointment. For groups of more than ten people, we like to take a tour.

See you at the Widow Joustra!

The Jopie Huisman museum shows to the works and life of the Frisian painter Jopie Huisman. It is noteworthy that the most realistic works win from the beginning not only the lovers of traditional art in itself, but also a big, wide audience meets the philosophical power of labor. The love for nature, compassion, and additional value arising; it is the human dimension that forms the thread in the multifaceted oeuvre.

Since its inception, the museum has been visited by over 2 million people.

Visit the oldest functioning planetarium in the world! During a visit to the planetarium Eisinga you can visit for a show at the planetarium room. This takes about 15 minutes. The rest of the museum can be visited on your own. In addition to the impressive machinery of the planetarium and the former Wolkammerij of Eisinga there is to see an extensive collection of historic astronomical instruments. There is also a focus on modern astronomy. For children there is a free treasure hunt. 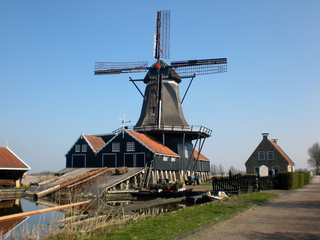 On the banks of Geeuw (this is an old waterway between Sneek and Ijlst) you can see the unique sawmill "de Rat" which still operates production. Trunks lying on water, the sound of the rotating blades, the smell of freshly cut wood, here you can experience the old sawyer craft from more than three centuries which runs daily in "de Rat".

The power of steam and water. The largest steam pumping station in the world impressed all. In the large machine hall are four steam engines, connected to four high-performance flywheels, which are still in operation.

The pumping station is still used to the water level in the Frisian waters to reduce. To fill the kettle with water to pre-heat the heavy oil and the launch of eight pumps one by one, a team of at least eleven people is necessary. After six hours of heating, the nearly 100 year old engine operates at full speed. This is a beautiful sight.